A Brief History of the Palo Alto County Fair

The Palo Alto County Fair traces its beginnings back to August of 1926 – ninety years ago. The first ever Palo Alto County Fair drew 4H’ers, their parents, and a cross section of the local population to several tents that were set up on a farmstead owned by Dick Petty, called Rutland Park, on the northern side of Emmetsburg. Today, that location is Kearney State Park, and adjoins the Wild Rose Golf Club, along the shores of Five Island Lake.

A local centenarian remembers the rides of that first Palo Alto County Fair, as she babysat for a family living nearby. Unfortunately, the history of the early Palo Alto County Fair exists only in the memories of a few historians, our long-time 4-H supports and area residents. It is possible that there may have been an earlier county fair, but this August date and location are the first that are remembered.

Another local former 4H’er remembers the Palo Alto County Fair being held on the grounds of the old Palo Alto County Farm, approximately a half-mile south of the community, along Iowa Highway Four.  Memories of this location include a baby beef show in a barn on the county farmstead during the late 1920’s.  The recollections of another local historian identify a 20-acre site north of Evergreen Cemetery, just a quarter-mile north of the old County Farm.

In the mid-1930’s the Palo Alto County Fair found its permanent home on the southwest corner of Emmetsburg at the current Palo Alto County Fairgrounds after the land was donated to the fair association. Our fairground’s signature eight-sided livestock pavilion, and livestock and exhibit buildings were all constructed by local contractors through the auspices of the Works Progress Administration, with work beginning in 1937. Several of these WPA buildings still exist on our fairgrounds, including the show pavilion, three livestock barns and two exhibit buildings.

Our fair board has made several major capital improvements in the last fifteen years, including a new horse barn with box stalls, construction of a new outdoor horse arena, demolition of our two oldest livestock barns and their subsequent replacement with new, state of the art pole buildings. We have also renovated the historic pavilion with a handicap accessible restroom as well as an accessible viewing area in the pavilion.  A new open air pavilion with a permanent stage was recently constructed and serves as the entertainment venue for the fair.  The addition of a new air conditioned restroom facility debuted for the 2011 fair.

Today, as it was back in 1926, the focus of the Palo Alto County Fair is to exhibit the talents and skills of our 4-H and FFA youth.  Our fair also includes commercial exhibits, evening barbeques, local food vendors, and special events including a kiddie train ride, pedal pull, face painting, and evening entertainment. 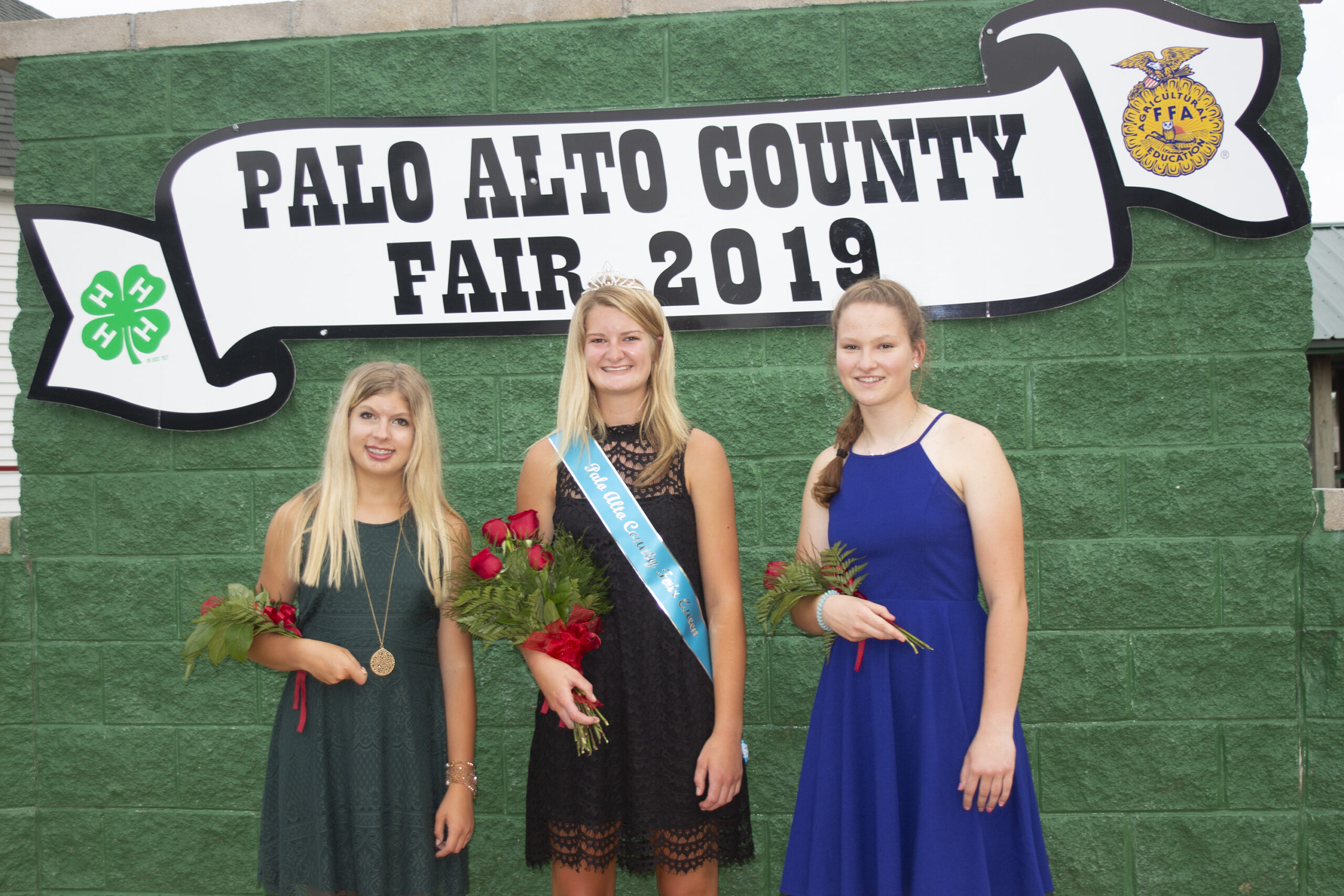